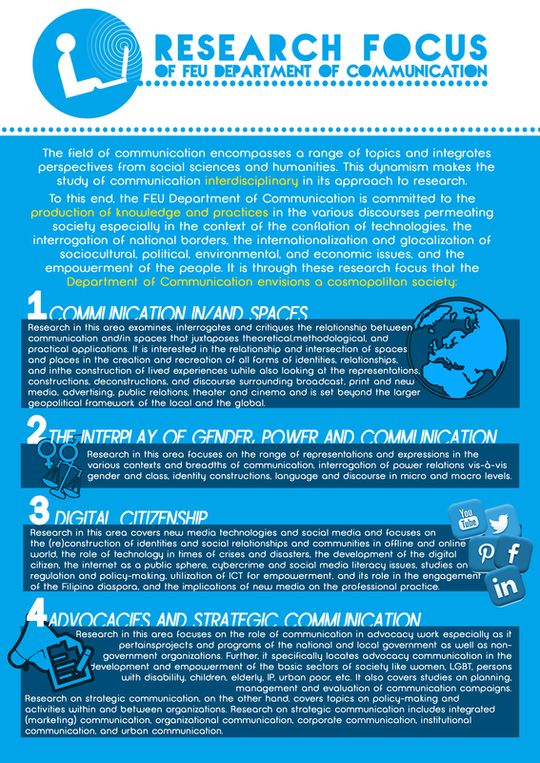 Aside from the screening, Corpuz, who is currently teaching Visual Communication and Communication Research at the Department of Communication,also delivered a talk regarding the process of transforming his research into visual format.
On the other hand, Ms. Hender Gercio, current Research Associate at the UP Center for Women's Studies and an advocate of LGBT rights, talked about the different issues and concerns confronting members of lesbian, gay, bisexual, transgender (LGBT) in contemporary society including the best practices adopted by other Universities in addressing these concerns.
Ms. Gercio’s talk was held at AB 207 and attended by both DEPCOMM staff and students.