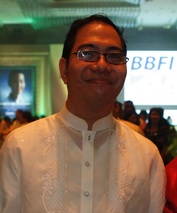 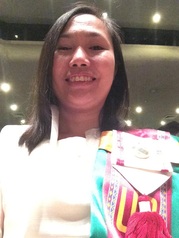 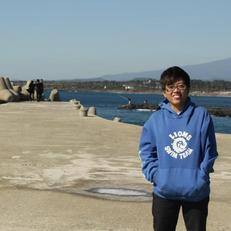 Cherish Aileen Brillon
Cherish Brillon is the current Program Head of the Department of Communication and the adviser of the FEU Film Society.
She finished her MA in Media Studies major in Broadcasting at the UP College of Mass Communication with a specialization in political economy and is now taking up her Ph.D. in Philippine Studies, Tri-College Program at the Asian Center this time focusing on diaspora studies. She has previous experiences in film festival organizing and does freelance work as production manager, non-linear editor for independent film productions and public relations work for local government units.
She has already published on various academic journals on such topics ranging from gender, new media, sentiment analysis of social media, postmodernism, and the analysis of spaces and nostalgia as it relates to the Filipino diaspora. 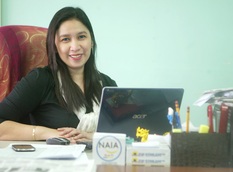 Maria Carmencita Suva-Alfonso
Babes Suva currently works for the Department of Interior and Local Government as a Public Relations Officer. She obtained her Master of Arts in Communication major in Journalism at the University of the Philippines Diliman, Quezon City. A Professorial Lecturer at FEU. She handles advertising, public relations and journalism. 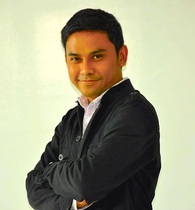 Babsie M. Morabe
Babsie Morabe is the current Assistant Program Head of the Department of Communication. He obtained his Master in Instructional Management in Miriam College and currently finishing his Master of Arts in Mass Communication at Far Eastern University. He has worked with GMA - 7 Inc. as a Segment Producer.  He has produced AVPs for FEU and other groups. He handles most of the co-curricular projects of DepComm. Babsie is currently teaching basic photography, radio and TV production, speech communication. 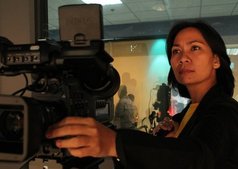 Karen Lee V. Panela
Karen Panela is  a full-time faculty member and regularly teaches communication and media courses such as broadcast principles, broadcast announcing for radio and television, scriptwriting, speech and performance, and communication research. She has earned her Master of Arts in Mass Communication at Far Eastern University.  Her research interests include areas in media violence, genre studies, political economy of media, comedy in film and television, and gender studies. She has also been the faculty adviser of the Mass Communication Society since 2006 and the faculty-in-charge of production of the FEU Campus Hour for Radyo Veritas 846. 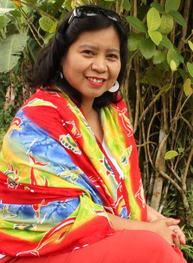 Liana M. Barro
Finished BA Communication Journalism from the University of the Philippines, Master of Arts in Communication at FEU and currently doing her dissertation writing for her Doctorate degree.
Her print experience -- from newspaper to magazine -- lasted for nine years. Her short stint in TV was with Net 27. She stayed in Advertising as Copywriter and Head Account Executive for a year.  Her Public Relations practice of five years started with Senate as media staff, then to a  PR agency called Jacinth Management and Associates and at Philippine National Construction Corporation.
Currently she holds an Associate Professor post at the Far Eastern University where she teaches Journalism, Law and Ethics of Media and Public Relations.  She has been the campus paper adviser for the official student publication of FEU, The Advocate, since 2005 until the present. 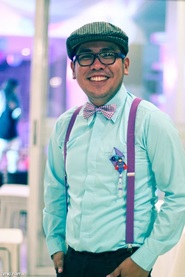 Kristoffer Brugada
Kristoffer Brugada is an award-winning independent screenwriter and television documentary producer. His first feature screenplay about the struggles of teachers and students face in conflict-ridden Mindanao entitled Patikul received the top prize in the 2010 Carlos Palanca Memorial Awards for Literature, the most prestigious literary competition in the Philippines.

As a broadcast producer, Kristoffer has over a decade of experience in Philippine local media. He led the production of the documentary Ambulansiyang de Paa (Ambulance-on-Foot), the second recipient of the George Foster Peabody award in the Philippines. His team also received two awards from the New York Festival for Television: the Gold World medal for Boy Pusit (Squid Boy) and the Silver World medal for Iskul Ko, Number 1! (My School is Number 1!). A Film graduate of the University of the Philippines-Diliman, Kristoffer is now pursuing a master’s degree in Creative Writing in the same university. 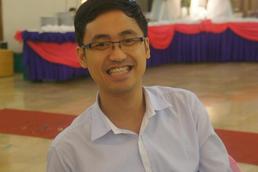 Joeven R. Castro
Joeven R. Castro is currently director of Student Development and former program head of the Department of Communication, Far Eastern University.  He has over 10 years of teaching experience while working as communication competence trainer in various government, academic, and corporate settings. He specializes in empathetic communication, critical thinking skills, audience communication, leadership, and
training program design.
His research interests are political economy of communication, emancipation of muted groups, social
gerontology, and emotion talk in social media.
He was president of Speech Communication Organization of the Philippines in 2009-2012 and was awarded as one of Asia's top 10 best adjudicators in the Asian Universities Debate Championships in 2006
. He has traveled in various parts of Asia and Australia as adjudicator of international debate tournaments. He holds an MA in Communication from UP Diliman and AB in Mass Communication (magna cum laude) from FEU. 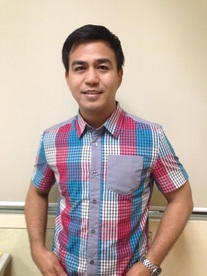 Generoso B. Pamittan Jr.
Gene Pamittan, Jr. is the Associate Dean of the Institute of Arts and Sciences. He obtained his Master of Arts in Broadcast Communication at University of the Philippines-Diliman. He has been in the academe for 17 years teaching Communication and Speech courses. His research interests are media ethics, gender, identities and communication. He is actively involved in student leadership and faculty development. He is currently the Country Director for Philippines of the Asian Congress for Media and Communication (ACMC) and the Secretary of Philippine Association of Communication Educators or PACE (PACE). 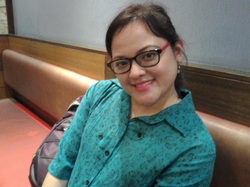 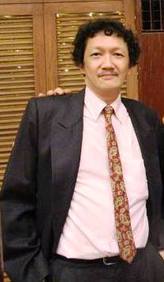 Datu Jamal Ashley Abbas
Jamal Ashley Abbas is the first Filipino graduate of the M.A. in Media Studies (Film) program of the Film Institute, College of Mass Communication, University of the Philippines-Diliman where he finished with a 1.0 GPA and the College’s Best M.A. Thesis.

He was one of the winners of the Gawad Kalinangan, the Manila Rotary Club’s Journalism Award 2001. His academic interest is wide-ranging – from Film Theories and Criticism to Media Literacy (Media Ethics) and Media Studies (political economy, globalization) to Peace Journalism and Media Convergence. 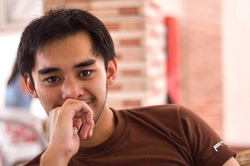 David Garmsen
Dave Garmsen's expertise are mix of a strong background in the production of both photography and videography, particularly in the areas of production and post production. This stems from his 5 years of practice in the industry which allowed him to be part of various corporate and personal events. Alongside his work experience is his educational background in the field of business. David holds a bachelor's degree in business management and currently pursuing his Master of Arts in Mass Communication in Far Eastern University. 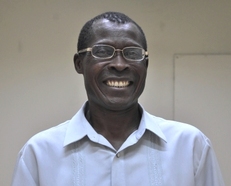 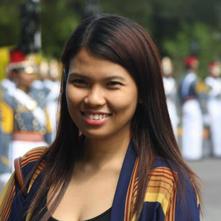 Hericka Delfin
Hericka Delfin is a public servant who holds writing and journalism close to her heart. She started her career as a Researcher in the show “Proudly Filipina” of QTV 11 before working as a Writer at the Public Information Office of the Philippine National Police (PNP). She is now a Project Evaluation Officer at the PNP Directorate for Operations in Camp Crame and a member of the Editorial Board of the PNP Publication.
She also works as a part-time faculty member at the Department of Communications of Far Eastern University (FEU). An alumna of FEU, she graduated Cum Laude in 2006 with a degree in Mass Communications. Further, she holds a Master’s Degree in Public Administration from Jose Rizal University graduating with distinction in 2012. Her masteral thesis, “The Administrative Decentralization of Public Information Office Functions Among Philippine National Police Units in the National Capital Region: Basis for Improved Public Information Program” was published in the FEU Communication Journal. 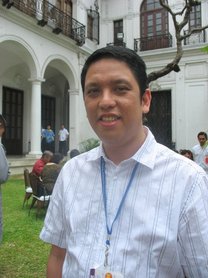 Francisco Dagohoy
Kiko Dagohoy  earned his degree in Speech Communication (Cum Laude) at the University of the Philippines, Diliman Quezon City. He was also a member of the UP Repertory Company and became part of their productions.Currently,  Kiko is the  Media Relations Specialist and Spokesperson of the Tollways Management Corporation the company that operates the North Luzon Expressway (NLEX) and the Subic Clark Tarlac Expressway (SCTEX). He also worked as media campaign consultant of other private companies and personalities like now Senator Juan Edgardo Angara and Flipside Publishing Corporation. He is a member of the Public Relations Society of the Philippines (PRSP).
Before going to PR, Kiko was a broadcast journalist for twelve years. A news reporter (1998-2009) of RPN News and Current Affairs. He covered major beats like Malacanang, Congress and Business.